This is an introductory human sexuality textbook.

The Path to Funding: The Artist’s Guide to Building Your Audience, Generating Income, and Realizing Career Sustainability

Publisher: The Peabody Institute of The Johns Hopkins University

Based on coursework developed at Peabody Conservatory, this book breaks down the process of developing an artist mission statement, generating new ideas for creative projects, and creating an engaging project description. It also covers methods for artists to identify their audience, generate a comprehensive project budget, collect compelling work samples, and identify potential funders to support their creative work. Written by a team of active artists and educators, this resource provides creatives with tools and strategies to communicate passionately and effectively about their work and take control of their financial and artistic future.

This open-access textbook helps students learn to read New Testament Greek at the elementary level. It includes clear, concise explanations of grammar and syntax, helpful examples, and essential vocabulary, with no assumption of previous language study, and it does not require accents for most forms. At the end of each of its twenty chapters, students will find short Greek-language episodes from the life of a fictional early Christian family of Jewish ancestry, short readings from the Greek New Testament and Septuagint, and review/homework exercises that can help reinforce new concepts and vocabulary. This book can help students prepare to read Nijay Gupta and Jonah Sandford’s Intermediate Greek Reader: Galatians and Related Texts, also available as an open-access textbook.

Introduction to the Nonprofit Sector

Nonprofit organizations are on the front lines in communities, providing an important foundation for the social safety net in the United States and around the world. They also provide places where people can gather, share ideas and build community. They often accomplish amazing feats with few resources. This book was designed to be used in an undergraduate-level introductory course in the nonprofit sector. It provides an overview of the vocabulary used in defining the work of nonprofit organizations, topics of interest to nonprofit managers, and describes the primary roles nonprofits play in American (and to a lesser extent international) communities. The book also considers the growing numbers and influence of social enterprises and other “social innovation” organizations. Throughout, it brings in leading themes of accountability, ethics and obligations facing many nonprofit organizations as they go about their work – challenges that should be well understood by anyone interested in becoming a leader in the nonprofit sector.

An Introduction to Logic: From Everyday Life to Formal Systems

An introduction to the discipline of logic covering subjects from the structures of arguments, classical and modern logic, categorical and inductive inferences, to informal fallacies.

Genetics, otherwise known as the Science of Heredity, is the study of biological information, and how this information is stored, replicated, transmitted and used by subsequent generations. The study of genetics can be sub-divided into three main areas: Transmission Genetics, Molecular Genetics, and Population Genetics. In this Introductory text, the focus is on Transmission or Classical Genetics, which deals with the basic principles of heredity and the mechanisms by which traits are passed from one generation to the next. The work of Gregor Mendel is central to Transmission Genetics; as such, there is a discussion about the pioneering work performed by him along with Mendel’s Laws, as they pertain to inheritance. Other aspects of Classical Genetics are covered, including the relationship between chromosomes and heredity, the arrangement of genes on chromosomes, and the physical mapping of genes.

Health technology innovation in low- and middle-income countries (LMICs), including countries in Africa, falls far short of meeting the healthcare needs of these settings. The result is a heavy reliance on products and technologies imported from industrialised countries that are often not suited to, or sustainable for, LMICs.

Sexuality, the Self, and Society

Content included in Sexuality, the Self, and Society is aligned with the typical scope for an introductory, interdisciplinary Human Sexuality Textbook. It is written to be a complete text for a semester length course but could be used, in part, reorganized, or edited in true OER fashion. It is meant to be accessible, relevant, and inclusive. It also will not remain static meaning that the author will continue to update periodically and those who adopt may do so as they see fit. 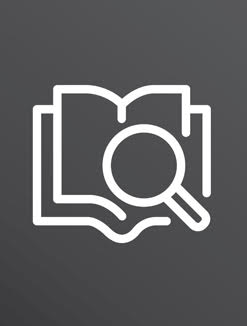 A People’s History of Structural Racism in Academia: From A(dministration of Justice) to Z(oology)

Introduction to engineering mechanics: statics, for those who love to learn. Concepts include: particles and rigid body equilibrium equations, distributed loads, shear and moment diagrams, trusses, method of joints and sections, & inertia.